Note: For information about the points this response earned, please see the Create Commentary (.pdf/66.6KB).

For my program, I had used language of JavaScript to create it. The purpose of my program is to make a game featuring the use of trying to find a specific number between two set numbers. The game is also supposed to help give hints to where the number is located. Once the number is found, it will pop up on the screen that the user has successfully found the number and that they have won the game. The video demonstrates the use of the program and how it works. The user is testing it out and putting random numbers in. The hints are also helping in finding the number as the user gets closer. The video also illustrates what happens on multiple attempts at guessing for the secret number and the results that will occur.

The process of creating my program was a very large struggle that took a long period of time in creating and making it right. At the start I had troubles trying to figure out where to start my code as we had not independently created our own code in the past before. However after I a while I was able to find my footing in creating the program. My program itself was independent and I had very little help in creating my own program. This helped and hurt me at the same time as while I was able to learn a lot coding the program, my code was very small in general compared to others in this class. The main struggle I had was finding a way in creating a mystery number for my code. This took a while as I wasn't collaborating with others to find out how to. However after looking back on previous code I had created before, I was able to create my mystery number generator and solved my problem. After that, I just added on with basic code had done in the past and implemented it into my code and was successfully able to make my program.

The first algorithm is the set block combined with the replace block. I take the current value of a certain element in the list and add 1, to mark one more of that prize.

The second algorithm involves the repeat block that continues until I have one of each kind of prize. I needed a way to stop this loop when you have a complete set of prizes. The repeat until block has a condition "not countOfEach contains 0." In effect this allows the repeat to continue until the list contains no zeros.

My abstraction was able to handle my program in multiple ways. It was able to hold the random number that I had created which helped make my program succeed. It also helped in creating situations of what to do when numbers are guessed. Such as holding the code of the secret number and popping up words when a specific number is shown. These concepts were created logically as previous code had helped show me the way. 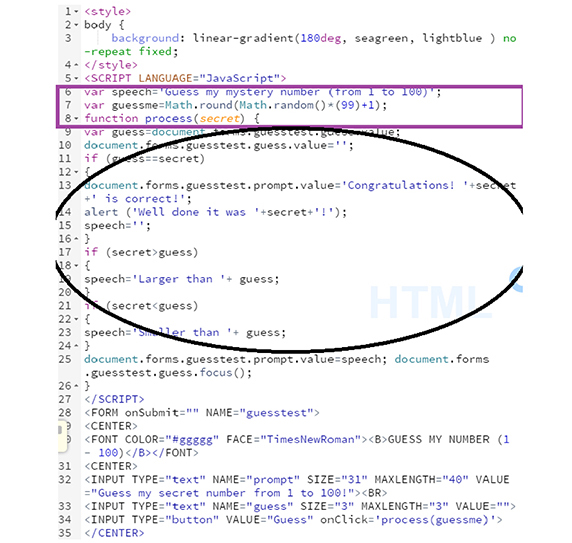