Print this page
More in This Series Press Enter for Dropdown.
beginning of content:

How to Use This Tutorial

For ease of use, this Latin Tutorial has been divided into several sections. When you're ready to move to the next section of the tutorial, scroll to the bottom of the page and click the link in the "More" box. If you wish to return to an earlier section or jump ahead to a later page, use the links in "Related Topics". 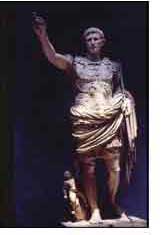 Colleges that award credit for the AP Latin course need to know not only that students can write literary essays on the works they have read in class, but also that students have a knowledge of Latin grammar and syntax that will allow them to take advanced courses. The multiple-choice section of the AP Latin Exam provides this information. The syllabus-based passages test mastery of a part of the AP Latin syllabus, while the sight passages provide a measure for the colleges of the student's overall ability to comprehend Latin.

Many more multiple-choice questions than free-response questions can be asked in a given time period. The number of questions is an important factor when considering not only the efficient use of testing time but also the reliability of a test—i.e., the likelihood that students would obtain the same score on a different version of the test. To give a true indication of a student's ability, different versions of a test should be of equal difficulty. Reliability increases along with the number of questions, so a one-hour multiple-choice test with 50 questions is more reliable than a one-hour free-response test with four essay questions. 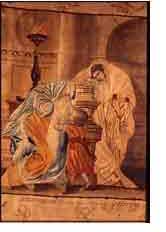 In addition, the AP Program tries to ensure that different variations in performance on individual questions result from differences in ability, not gender or ethnic differences. Studies are conducted that identify questions where performance of gender/ethnic groups differs when the groups are matched for ability. These studies are conducted on the multiple-choice items that make up Section I of the test. A panel of experts then carefully examines the questions to eliminate bias from the test.