Lake Forest: A "Portrait" of a City 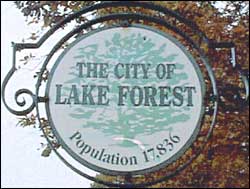 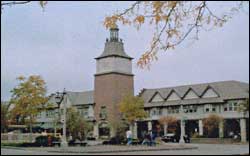 The centerpiece of the business district, the clock tower is a contemporary creation done in a style reminiscent of an earlier date. It might be possible to draw parallels between the tower's architectural design and Lake Forest's past residents' English descent.

The train station is probably the most important building in the whole community, because it is what allows many of the city's residents to live in Lake Forest while maintaining a business in Chicago. This building also houses the city's municipal office, increasing the civic importance of the building and business district. 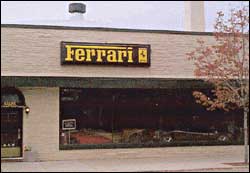 This Ferrari dealership is a symbol of the community's affluence. Notice the minimal signage, a characteristic of most of Lake Forest's commercial district. 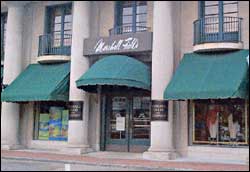 The great "island" of the business district, this Marshall Field's was originally constructed after the store's namesake and founder took up residence in Lake Forest.

Perhaps the most surprising element of Lake Forest is its socioeconomic disparities. Although it is difficult to call any part of the city "bad," Lake Forest does have its share of middle-class housing, with the bulk located directly outside of the business district and surrounding the local public high school. Upper-middle-class housing, like the burgundy colored home to the upper right, is interspersed throughout the town, especially in areas two or more blocks from the lake. Most seem to be built in cul-de-sacs. Upper-class housing seems to be of the majority in Lake Forest, comprising more than a third of the homes present. Most have expansive gates and many are built on the shore of the lake. Overall, the older and more expensive the home the closer to the lake it is, although a significant minority of the older homes are located adjacent to the business district. Newer homes tend to be located in more wooded areas, while older homes are associated with comparatively sparser lots. The relative closeness in socioeconomic circumstance screams one thing: This town is wealthy! 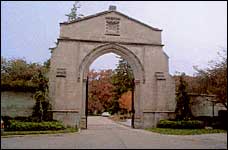 The city's main cemetery is located right off of Lake Michigan, where property values are incredibly high. While this might suggest a semi-deep commitment to the dead, a trip quickly reveals that the location is most likely due to the graveyard's age (early 1860s). The gateway is a large and imposing structure, characteristic of other Chicago land graveyards like Justice-Resurrection Cemetery. 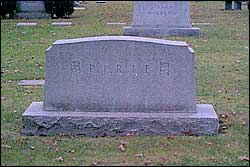 The grave of the Pirie family, of Carson Pirie Scott fame, is yet another example of the influence Lake Forest residents have had (and continue to today) on the business world. 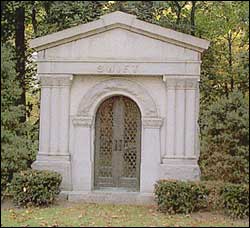 Mausoleums like this one belonging to the Swift family of the meatpacking industry dot the cemetery. 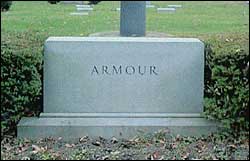 This aboveground tomb is located next to another and surrounded by two other headstones (no doubt belonging to descendents), reminding us of the "old money" roots of much of Lake Forest. 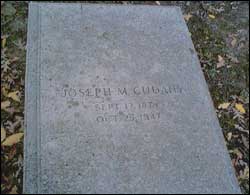 Most surnames appear to be of English descent, like this one. A minority may have been of Dutch origin. 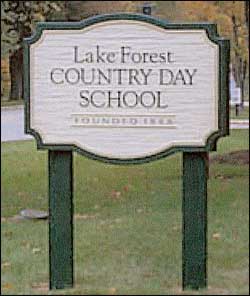 One of the most prestigious elementary schools in the country, the Lake Forest Country Day School is utilized by the community's wealthier residents. 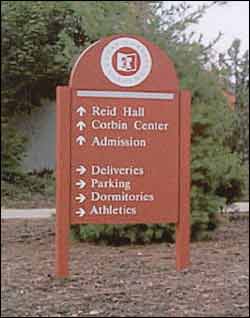 The Lake Forest Academy is yet another well-respected private school that features boarding for many of its non-resident students. 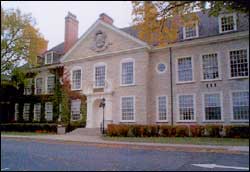 Lake Forest High School is the public school in the city. Architecturally reminiscent of the ivy-league schools of the east, it suggests a highbrow manner by upkeep alone. Also noticeable are the numerous parking spaces, perhaps suggesting that a large number of the student body owns their own car. 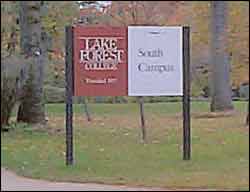 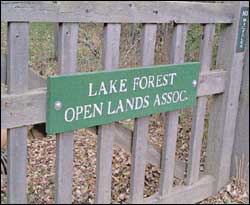 Even with high property values, Lake Forest residents stay committed to keeping the community relatively small. The town is full of many "parks" (owned by the Open Lands Association) that exist for public use. 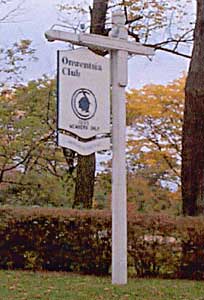 The Owentsia Club, a private country club, is a fixture for Lake Forest's upper-class elite. 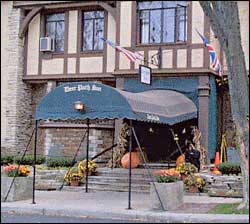 Specialty stores, as well as highbrow chains like Gap and Williams-Sonoma, litter Lake Forest's business district. The city's gourmet food store, Foodstuffs, is one of the few stores that features neon signage; even still the sign is rather small and inconspicuous. 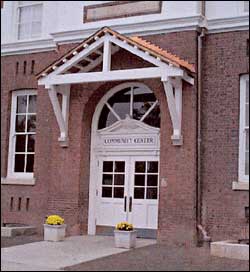 The Community Center, which looks as if it was built from an old school house, fosters the idea that Lake Forest is a close-knit community of like-minded individuals. 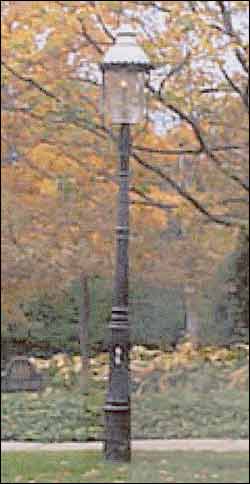 Streetlights like this one appear throughout the city. Ornate in appearance, they are once again reminders of a long-forgotten time. Also increasing the idea of antiquity in the community, many of the streetlights still burn natural gas.

The new firehouse, located on the south side of Lake Forest, continues the English style of the business district to its north. 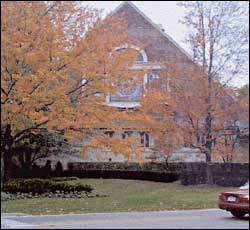 The Presbyterian Church is one of the many churches within the Lake Forest city limits, and like the others features ornate stained glass and a "traditional church" design. Lake Forest seems to be primarily Christian due to its lack of any other kind of religious buildings.