Create—Applications from Ideas: Sample Response B

Note: For information about the points this response earned, please see the Create Commentary.

I created my program using Alice, a 3-Dimensional world creator that uses drag-and-drop blocks for its code. My simulator is a very crude video game that has basic methods and functions, and is mainly meant to be entertaining for a few minutes, as well as practice my capabilities of making user interactive based programs. The video starts off with me "exploring" all the controls and showing how the turret on top of the tank controlled by the user can be turned separately from the rest of the tank, sort of how actual tanks work. Then, I finish the video by shooting all of the target tanks, resulting in the game to end with a large "You Win" in front of the camera.

The entire development of this program was my independent work. For the first half of the production process of this game, I focused on creating all of the controls, including movement, camera toggling, and firing the tank's cannon. Movement and camera toggling was very simple, but making a working cannon was difficult. I could not make objects load in and out of the game, so i had to use the same projectile for each shot. I made the projectile instantly turn invisible and move back to the tank as a solution. The second half of the development was the most difficult part, because I was planning on creating AI. That failed though, so I decided to create static targets. The Alice program itself has many bugs, which made the developement much harder to work with. For example, the method that runs when a target tank is shot would not work when it's hit at some angles, even though the method is based off of proximity, not direction.

My code is primarily dependent of its events rather than its methods. These events are what controls when a target tank is hit, and will call the TurretHit method with the specific target tank and its turret as parameters, as well as the fire that appears once a tank is hit. The method Turret Hit simply replaces the targeted tank's turret with a fire animation that will fun for the remainder of the program. Once all of the turrets are hit, a method will be called that will end the game. 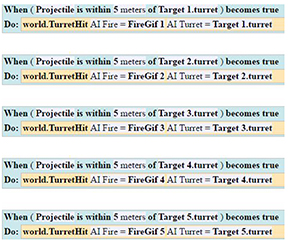 Since the program uses very simple algorithms, and all of them are called by events, most forms of abstraction would be redundant; therefore my program does not include very many abstracted segments. The only areas of code where there are abstractions are in the events shown in question 2c, and in the method <world.myfirstmethod>. 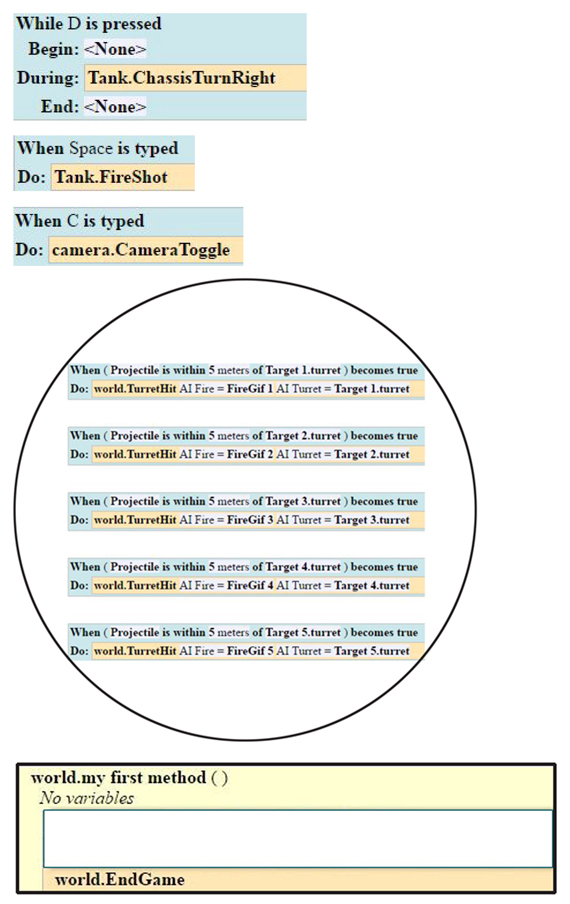 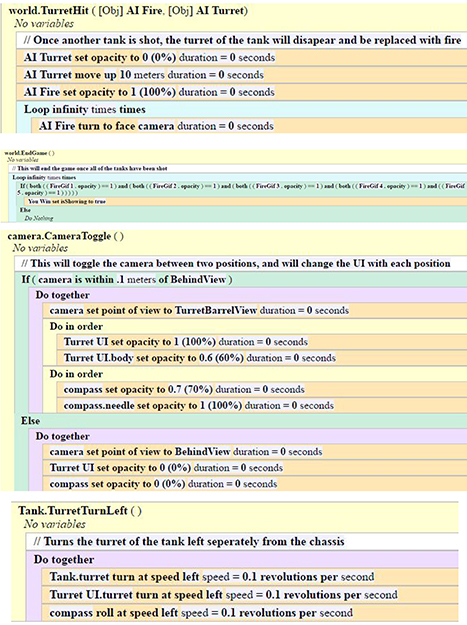 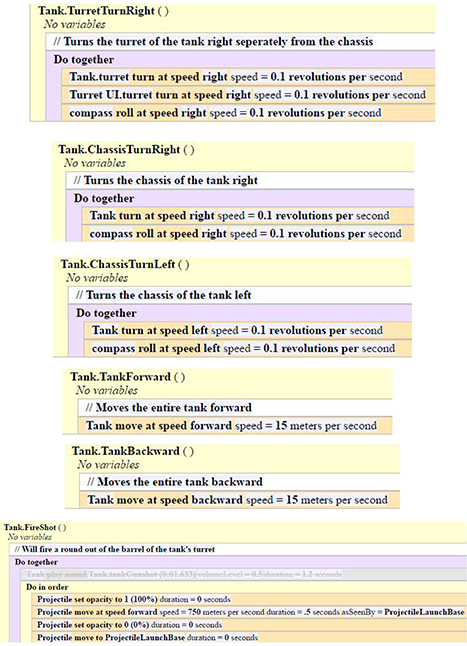